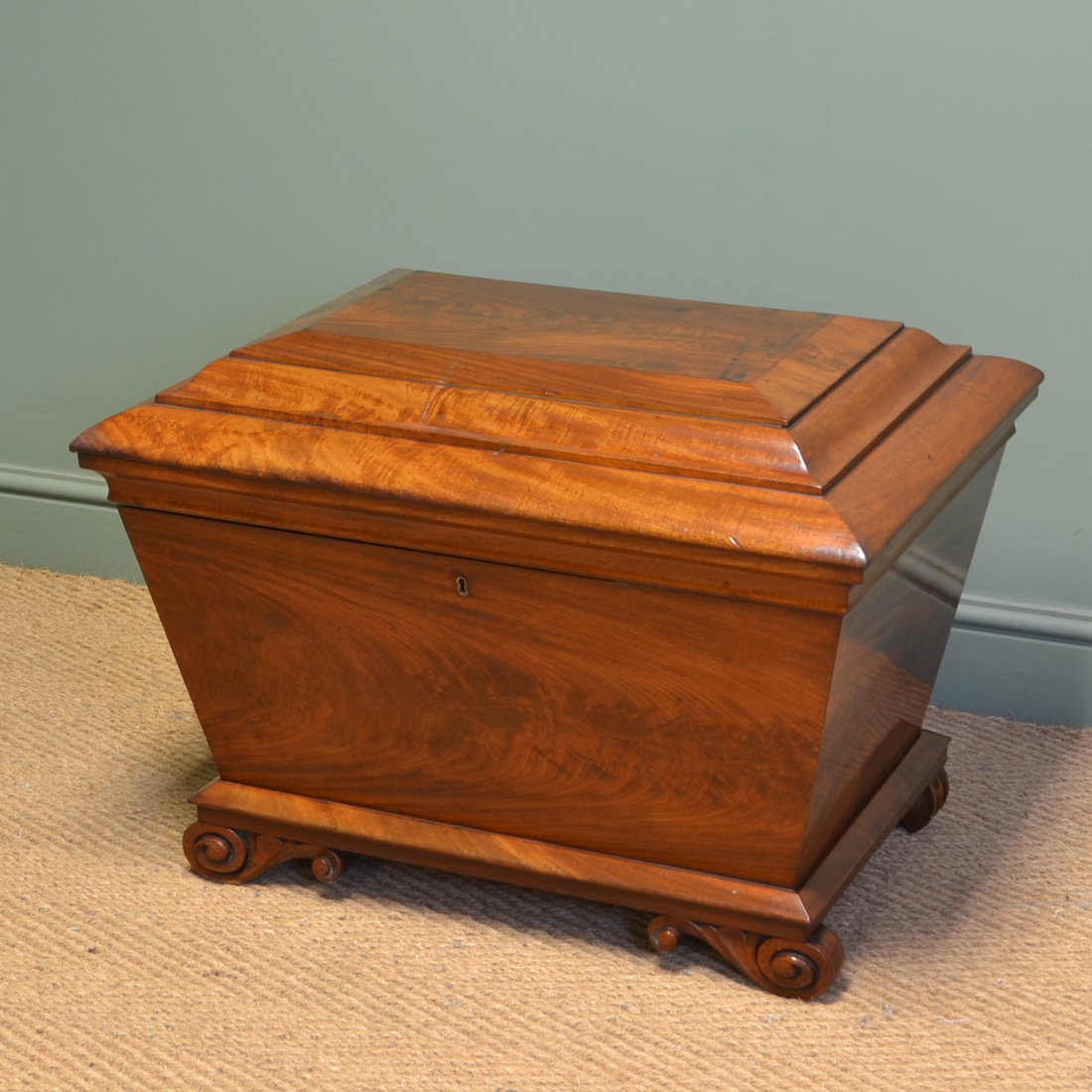 The Antique Cellarette, also called an Antique Wine Cooler, was a very important piece of furniture in the late 18th and early 19th Century. It was a receptacle in which wine was stored before use at the dining table stored under the pedestal sideboard. The wine would have been placed into the antique Cellarette directly from the cellar and this would keep it cool during the evening meal as wine was preferred to be consumed chilled. The free standing antique wine cooler was mainly only seen during the late Georgian to the Regency periods. This was due to a Victorian design of having a fitted drawer in a sideboard with led lined dividers to store your wine, so the free standing antique Cellarette became obsolete. They were mainly constructed from Mahogany, sometimes with a flat top but also you can see them with a sarcophagus shaped top. Only the very wealthy would own a piece of furniture like this as bottled wine was only consumed by people with status in the 18th Century. They had money to spend, so would commission a quality piece to display to their guests when dining in their home. Have a look below at our lovely examples available for sale.